How I Came To Work For Wireless Theatre by Cherry Cookson 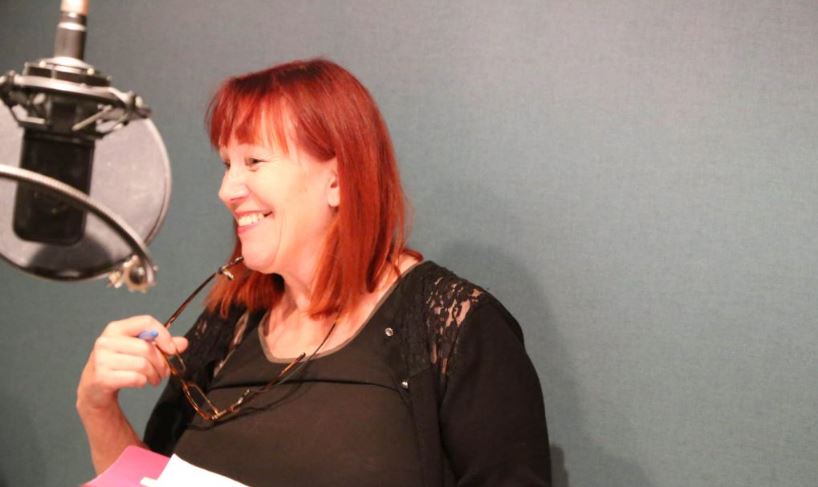 People often ask me how I became involved with the wonderful Wireless Theatre Company so I thought it might be interesting to jot down how it happened!

I had a long career in the BBC as a producer/director in the Radio Drama Department but things changed and I left long before retirement age to become a ‘freelance’. Little did I realise just how difficult this would be. As a single parent with two sons, one still at school, and a huge mortgage I soon realised that life was going to be tough. Why had I never replied to all those actors’ letters asking for work? Why should I expect the same courtesy when writing to drama schools asking if I could teach for them?
.
When I started offering new play ideas to the BBC I hadn’t realised just how much competition there would be. Many of my ex-colleagues were out there touting for business and it became harder and harder to sell plays. My vast experience and being an award-winning director seemed almost irrelevant and one faced strong competition for all the slots. In the first couple of years I only sold one play and realised I would have to do something else, if only to prevent having to sell my house.
.
I applied for endless related and unrelated jobs, and ended up spending some time working as a part-time nanny to a neighbour (I love children but admit that this was one of the lowest points of my life). During this time, an ex- colleague who was brilliant and supportive invited me to be involved in a one-night-only performance of some Chekhov extracts which I directed and then to take part in a discussion with Jonathan Miller on stage etc. I literally went in one day from reading Thomas the Tank Engine to the kids in the morning, to standing on stage and talking (when allowed by JM) on directing the work of one of my favourite playwrights! 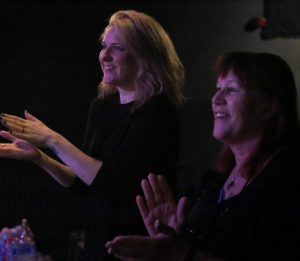 Shortly after this came the breakthrough moment. The husband of an ex- colleague told me about Wireless Theatre. He had been to an awards ceremony where its founder Mariele Runacre-Temple had won two awards and he was fascinated to hear about the company. Having heard me moan about the lack of opportunities I’d had to direct audio plays, he thought that Wireless Theatre might be of interest to me. So I got in touch with Mariele, we met up, got on very well. She explained the ethics of the company which sounded fascinating and right up my street – although not an immediate solution then to my financial problems, as I worked mainly for free for the company at first as they were very small – but so rewarding in every other way.
.
Mariele invited me to go to one of their live recordings in Chiswick, so I went along (with the ex- colleague whose husband had recommended Wireless) and a writer friend who has since written for them. We had a great evening and it was very interesting, even to an old hand like me, to see the play come together with the live FX put on in front of the audience, something I think is so instructive and interesting. The enthusiasm of Mariele and her team was so infectious and their passion for audio drama was quite wonderful. And this is one of the great qualities about the Wireless Team – enthusiasm for a project is absolutely key.

Over the next couple of years I had several chances to direct plays for them, some but not all of which would have been a problem to sell to larger more regulated organisations like Radio 4, too long, too short, too many banned 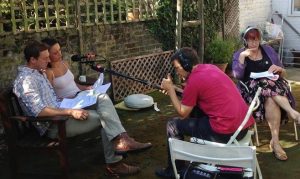 swearwords. For example, the first play Wireless Theatre audio play I directed was a hilarious comedy set on a Devon farm, DEVON GIRL by Zalie Burrow. This had been turned down by the BBC because it was thought that the audience might be confused beause they already have ‘The Archers which is about farming!’ However we did have the great thrill of selling a dramatisation of LADY MACBETH OF M’TENSK to Radio 4. The script was by Marty Ross, one of Wireless Theatre’s prolific writers, and had great reviews.
.
I also got the chance of paid work running workshops on writing and acting for radio, producing voice-reels, all kinds of things that made me feel that my career was not over and most importantly I continued to do what I most love. Like actors, directors need to keep practicing and it is harder for them to find ways of keeping fresh.
.
Then came the chance of directing some really big projects produced by Wireless for Audible Originals. They sensibly decided to give a big drama serial to Wireless to produce, realising that a company which already had a strong track record of creating online drama was in the perfect position to do the same for an international company. This has been some of the most exciting, fulfilling work and it’s great that Wireless has developed so far and continues to grow and expand in this exciting way.
.
And for me personally, the greatest thing has been getting back my sense of worth and the chance to work with brilliant actors, composers, editors, sound designers. The chance once again to be able to exercise the skills that I had learnt during a long career working in an artistic form that is one of the best. Thank you so much to Wireless Theatre, to whom I owe so much – especially in this tenth year of their existence – and long may they thrive and prosper!