My Favourite Play, By Fran Kirkham 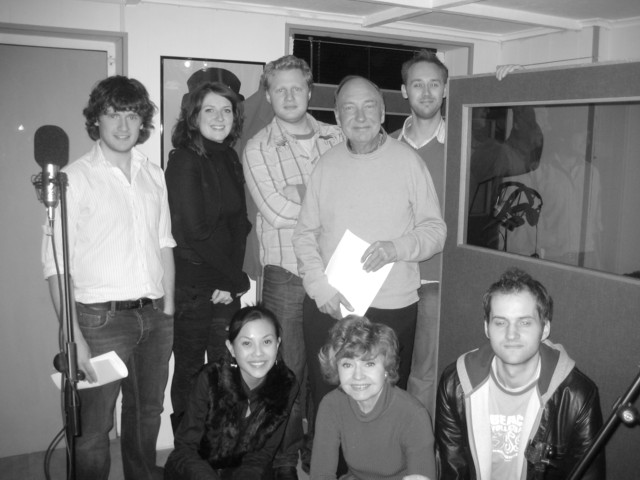 I consider myself a Wireless Theatre Company stalwart. And to be honest, I’m not sure the word stalwart quite sums up what we have been through over the past few years. I joined at the start of 2008 and was probably the first outsider to enter the WTC frame, someone brought in not as a helpful friend but as a necessary assistant in the running of what was becoming a big project. Since then, I have worked on countless plays as producer, director, writer, runner and general bod and have learned more than I ever imagined. We are a small team and have shared many experiences, from plays that were hugely ambitious and wide-ranging, plays where the whole cast and crew never stopped laughing, plays that have caused us all sleepless nights and stressful days, live productions and the many new challenges they created, educational pieces, and even (occasionally) simple, smooth-running productions that went without a hitch. We’ve worked with so many interesting, talented, creative types and there has been the odd difficult encounter or reliability mishap leaving us in a state of plain and simple panic. It’s been quite a ride.

But I think my favourite memory has to be one of the first plays I worked on, which remains a firm favourite. The Youth of Old Age by Stuart Price is a fairly outrageous portrayal of life in the upper classes, completely un-PC, hilariously over the top and featuring some of the funniest lines of any of our comedies. It was also our first real claim to fame, as the legendary Prunella Scales agreed to play the sharp-tongued lead. I remember a general feeling of fear that we needed to really pull this out of the bag and show her what a professional outfit we were. Endless e-mails went back and forth between myself, director/writer Stuart and WTC head Mariele. We made a concerted effort to be organised, planning taxis, food and even a production script which we turned inside out to present Pru with only her scenes highlighted to help her in the studio. It was going to run like clockwork.

Obviously, pretty much every part of these plans went wrong. From taxis that didn’t show up to Pru hating the production script and deciding (wisely) to stick with her own slightly battered version. And it really goes to prove the old saying about the best laid plans… The day did not go as we had carefully strategised but it worked brilliantly anyway. Pru was a true pro and however casual or forgetful she might be chatting in the side room,

when the tape was rolling, she was the best I’ve ever seen. She was friendly and funny and happy to take direction from Stuart who I’m pretty sure was browning his pants every time he suggested something. Our lovely studio engineer Matt at Quince Studios in Marylebone helped create a great atmosphere and we all had a hugely enjoyable time. The final product is some of the finest audio comedy I’ve ever heard and I am so proud to have been a part of it. Great performances from the whole cast, including Pru of course, but by no means her alone. WTC regular Knight Mantell gives a standout turn as the long-suffering butler, and the rest of the cast are also on top form. Fantastic editing and original music complete the play, and it is in my humble opinion so far out of the league of pretty much everything I’ve heard on the BBC recently. For me this play encapsulates the value of audio theatre and shows just how important it is for us to fight to keep this unique medium alive. Moments like this make the sleepless nights completely worth it.

The Youth of Old Age is available to download for free from http://www.wirelesstheatrecompany.co.uk/index.php/component/jotloader?Itemid=15&cid=1&id=55