The Edinburgh Festival by Nina Millns 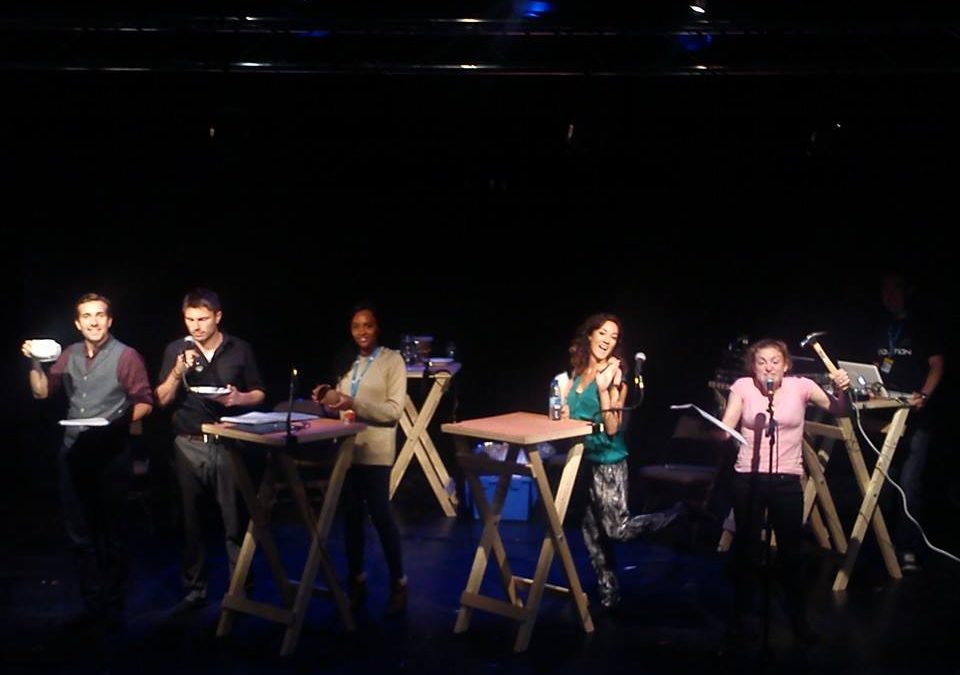 “I am wearing a tartan shirt and a tartan scarf. Double tartan. This can only mean one thing: Edinburgh baby!” I posted this on my Facebook page. 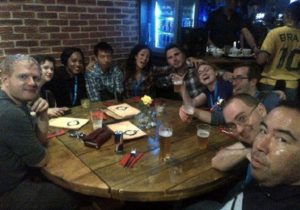 wo and a half years ago a troupe of merry players made our way up to the Edinburgh Festival to perform/record eight newly written radio plays for Wireless Theatre. I remember meeting the gang by the mini bus that would drive us the ten hours to Scotland.

I also remember trying to pace myself the whole way there, knowing I’d be exhausted before we’d even arrived. It was no use. We managed to keep the chatter going the entire journey. By the time we passed the border we had all firmly bonded.

This was a good thing, as we would not only be living and working in very close quarters for the next few weeks, but we would also be sharing beds.

And then we arrived: Edinburgh. What a beauty. I have no idea what she is like when she is not overrun with zany actor types manically doing anything they can think of to get an audience, but I can think of no other city that could hold this incredible, experimental, eccentric, essential cultural event with such grace. On any day at the festival there are over three thousand shows being performed. Every possible construction with four walls is turned into some kind of venue.

There are two levels to this place so that in your hyper, often drunken haze you may find yourself looking up at the street you’re trying to get to as it towers several metres above, or point confusedly at the little lane below where your friends are waiting for you. The buildings are majestic, tasteful. The apartments are crammed with performers, directors, reviewers, producers and techies and their mates who need somewhere to crash for the duration. And it is all watched over by the gloriously dramatic Edinburgh Castle which showers the city with a cracking display of fireworks every evening in August. Just in case it all wasn’t camp enough. 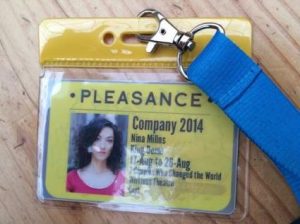 The days flew by. We’d start with a quick breakfast in our grand, high-ceilinged apartment before rushing out with bags loaded with flyers. We split into smaller teams and hit the half price hut on Prince’s Street, the venue and, of course, the Royal Mile.

The Royal Mile is the heart of the festival. Walking along this street means you are inundated with flyers and people pitching their show and shouting the amount of stars they received in their last review. There are acrobats and clowns and burlesque performers and singers and actors yelling things over all the other zany attention seeking gimmicks people have thought of to get just one more precious bum on one more empty seat.

We were playing the Pleasance King Dome, one of the most respected venues at the heart of the city, and one of the most coveted. Luckily, the venue manager was a Radiophile who was a fan of Wireless Theatre’s impressive legacy and so we found ourselves in the company of high-profile comedians whose shows had sold out before they’d even arrived in the city. We target those rookies who thought they could just turn up and buy a ticket to see the biggest names in the industry and we ushered them into our show instead.

“Does Ricky Gervais do his own sound effects with coconut shells? I think not!”

“Come and see a show about Hitler’s hilarious and wholly fictional visit to Liverpool!”

Then, after a morning of hustling, we’d have a quick lunch and head back to the flat for last minute rehearsals. Then straight to the theatre for our afternoon performance. We had to set up the stage and then pack it all away again after every show because, this being Edinburgh, there was another show right before, and straight after, ours.
The show before us was called ‘The Questioning Room’. I never got to see it, but it culminated in all the actors, and most of the stage, being covered in fake blood. We would wait patiently while the crew mopped it all up before we ran wires along the still-damp stage, plugged in mics and set up our stage.

One day I played the first ever transgender woman, the next a puppet, Steven King’s long-suffering wife, Hitler’s fictional Liverpudlian lover, a black activist from Malcom X-era America and finally a zombie.

We’d finish our show, and head out to watch as many other shows as we could cram into the day. We’d message each other and meet for drinks to discuss our latest theatrical discoveries, and then more drinks followed by late-night comedy shows, followed by even later-night burlesque shows before stumbling home and crawling into my corner of the bed. It was glorious and exhausting.

Wireless Theatre’s COUPLES WHO CHANGED THE WORLD plays can be downloaded here.